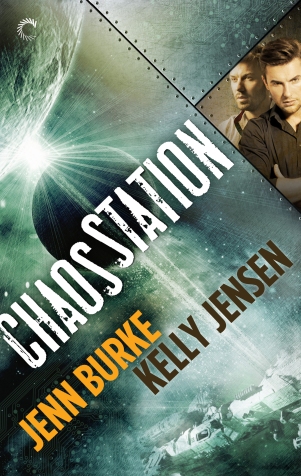 The war with the alien stin is over, but Felix Ingesson has given up on seeing his lover, Zander Anatolius, ever again. Zander’s military file is sealed tighter than an airlock. A former prisoner of war, Felix is attempting a much quieter life keeping his ship, the Chaos, aloft. He almost succeeds, until Zander walks on board and insists that Felix isn’t real.

A retired, broken super soldier, Zander is reeling from the aftereffects of his experimental training and wants nothing more than to disappear and wait for insanity to claim him. Then he sees footage of a friend and ally—a super soldier like him—murdering an entire security squad with her bare hands and a cold, dead look in her eyes. He never expected to find Felix, the man he’d thought dead for years, on the ship he hired to track her down.

Working with Felix to rescue his teammate is a dream come true…and a nightmare. Zander has no exit strategy that will leave Felix unscathed—or his own heart unbroken.

“I would recommend Chaos Station to anyone who wants some quality sci-fi and a great romance.” —Joyfully Jay

“I liked how this book leaves several interesting hints to be developed further…while still leaving the men in a pretty good place and together.” —Dear Author Recommended Read 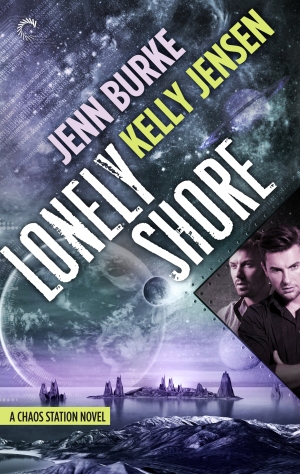 All they can do is live day to day…

​Felix Ingesson has returned to his duties as the Chaos’s engineer with Zander Anatolius, his ex-boyfriend-turned-broken-super-soldier, at his side. Hope means something again. But there’s nothing Felix can do to battle the alien poison flowing through Zander’s veins, or his imminent mental decline. With each passing day, the side effects of Zander’s experimental training are becoming more difficult to ignore.

​When the ruthless Agrius Cartel seeks their revenge—including an ambush and an attempt to kidnap the Chaos’s crew—Zander is pushed over the edge. He can no longer hide his symptoms, nor does he want to. But hurting Felix when he’s not in control of himself is Zander’s worst nightmare—when it nearly happens, he agrees to seek help. Even if that means trusting the unknown.

​As Zander places his life in alien hands, Felix appoints himself his lover’s keeper. And though he tries to be strong, he can’t ignore the fact that he might lose Zander…forever this time.

“With their beat-up ship and eclectic group, comparisons with the fan favorite TV show Firefly are inevitable, but in more of the way of homage, since Burke and Jensen’s characters take center stage all on their own.” —Library Journal

“I never expected Lonely Shore to be so emotionally wrenching or to become so genuinely attached to the characters. This is really an amazing novel and I would encourage even those who normally don’t enjoy science fiction to give it a try.” —Joyfully Jay

“A book hangover is guaranteed with this one.” —Smitten With Reading 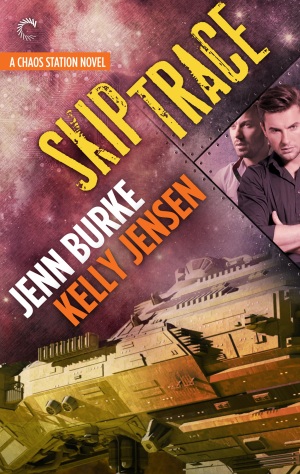 Zander Anatolius has been revived from the fatal effects of the super-soldier program, but now he has to face his estranged family and tell a story few would believe. With his lover and the crew of the Chaos at his side, Zander returns home to a media frenzy, threats from the military and pressure to join the family business.

Felix Ingesson still struggles with the horror of believing Zander dead. And no matter how strong their emotional connection is, Felix feels out of place in the glittery world of Zander’s rich family. His lover would be better off without a broken, low-class ship’s engineer holding him back.

When the crew receives word that another of Zander’s former teammates needs rescue, Felix travels with the Chaos…setting Zander free. But when Zander is arrested for treason, the men realize they need each other as much as ever—not only to survive, but to make their lives worth living.

“Readers looking for queer characters in a pulpy space adventure should find a lot to like here.”

“Another action-packed, emotional installment in a series that just gets better with age.” —Fiction Vixen

” This book very subtly delved into the issue of mental health, and how traumatic and stressful experiences in our lives dictate our interactions with others.” —Adam, Goodreads review 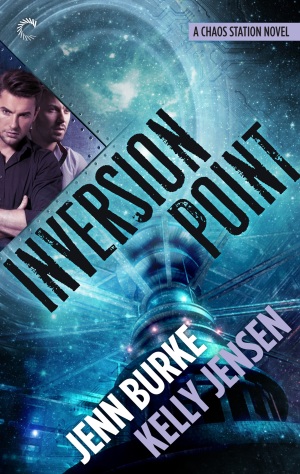 Zander and Felix’s relationship has been to the brink and back: the Human-Stin War, imprisonment and an actual death/resurrection. Zander’s death, to be specific, and the experience has left him…changed. The mysterious race known as the Guardians chose to revive him and appointed him as their emissary. A high honor, but he could do without the group of would-be cultists following him around the galaxy.

When a recently discovered species destroys a stin probe, Zander’s new role soon commands all of his time and focus. The human ambassador—Felix’s ex-lover, much to Zander’s annoyance—pulls them into strategy talks aimed at preserving galactic peace. Soon everyone is relying on Zander’s Guardian tech to telepathically communicate with the strange aliens.

Only Felix seems concerned with the strain piling up on Zander, but he has his own resolve tested when the very stin that imprisoned him show up to a summit. Zander and Felix will both have to find a way to face their doubts and preserve their love—while preventing another galaxy-wide war.

“I definitely recommend Inversion Point for anyone who loves great science fiction with an amazing romance between two utterly addictive characters.” —Joyfully Jay

“With fresh and inventive plot ideas and galactic peace on the line, this latest is just as much fun as the previous entries.” —Straight Shootin’ Book Reviews 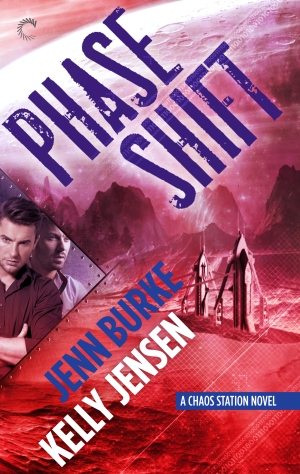 Zander and Felix’s relationship has always pushed boundaries—personal and professional alike—but their love and commitment is stronger than ever. So strong that Zander’s ready to ask commitment-shy Felix the question of a lifetime when he’s interrupted. The Chaos is being hacked, and crucial, top secret information about the project that created Zander—and his fellow super soldiers—has been leaked.

Neither man could have expected the enormity of what’s discovered at the end of the data trail: an entire colony of super soldiers run by the very doctor who changed Zander’s life forever. And now she needs them both—Zander to train her new crop of soldiers, and Felix’s new crystalline arm to stabilize their body chemistry.

With help from the unlikeliest of allies, Zander, Felix and the Chaos crew must destroy the project and all its ill-gotten information. But when the team is split up and Felix is MIA after a dangerous run, galactic disaster is a very real possibility…and Zander may have missed his chance to ask for forever.

​“This is it. This is their assault on Mount Doom, their Waterloo, their Death Star. Burke and Jensen’s wonderful writing and fantastic characters go all out to make this page-turning story unforgettable and emotionally wrenching. All the elements that have been built into the previous books weave together in this culminating confrontation between good and evil, and the fate of the galaxy hangs in the balance.” —Ulysses Dietz

“This apparent conclusion to the series is a fine send-off that will satisfy its fans.” —Publishers Weekly

“The characterizations continue to explore the many-faceted similarities and differences in human and alien beings.” —Library Journal​